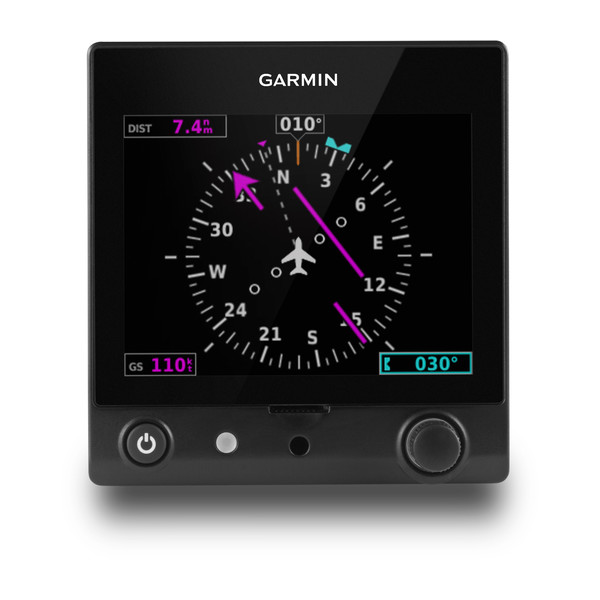 Garmin is pleased to announce that the G5 electronic flight instrument will soon be compatible with a wide-range of third-party autopilots available on the market. Utilizing the new GAD 29B adapter, the G5 directional gyro (DG)/horizontal situation indicator (HSI) can interface with a variety of autopilots to provide heading and course error from G5 to drive the autopilot. With a compatible navigation source, G5 can also interface with select autopilots for coupled flight in heading and navigation modes. Additionally, when interfaced with a GTN 650/750 or GNS 430W/530W, the G5 can provide GPSS roll steering navigation from the navigator to the autopilot. Pilots can simply select GPSS on the G5 and heading mode on the autopilot and the autopilot will fly smooth intercepts, holding patterns, procedure turns and more.

Third-party autopilot support is expected to include the following autopilots:

Garmin expects to expand third-party autopilot compatibility for the G5 electronic flight instrument in the future. The GAD 29B is expected to be available in September 2017. Additionally, Garmin is working on an amendment to the existing G5 supplemental type certification (STC) that allows a certificated aircraft owner to mount the G5 electronic flight instrument flush with their aircraft instrument panel. Garmin expects the STC to be complete Q3 2017.