Because it is a single output ELT, the ELT 1000 utilizes the same RF output and only one coax cable to transmit a 406 MHz emergency signal to Cospas-Sarsat satellites and a local 121.5 homing signal. With its new built-in navigational interface that does not require plane power to operate, the cost of installation is greatly reduced.

The new 2-wire interface is compatible with older 121.5 MHz ELTs, so upgrading your ELT is simple and affordable. 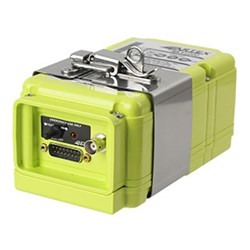