Traffic Advisory Systems (TAS), which are based on the technology originally developed for air-transport category traffic alert and collision avoidance systems (TCAS), have been available for general aviation aircraft for several years, but have been cost-prohibitive for many owner-flown aircraft. Until now.

With the new dual-antenna TAS-A Series, Avidyne offers three different TAS systems, tailored for the type of aircraft you fly. These feature-rich, value-priced TAS systems are fully TSO certified, surpassing the performance capabilities of many higher-cost traffic systems and setting a new standard for active-surveillance traffic capability and affordability.

Avidyne's dual-antenna TAS-A Systems detect other aircraft sooner and more accurately, so you avoid surprises due to the shadowing effects inherent with single-antenna systems. Using top and bottom directional antennas, TAS-A systems actively interrogate other aircraft, providing timely audible and visual alerts with the precise location of conflicting traffic. The dual-antenna TAS-A Series provides full-time protection and higher performance. Because when it comes to safety, you want to see the whole picture. 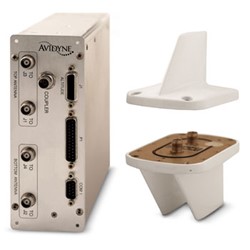