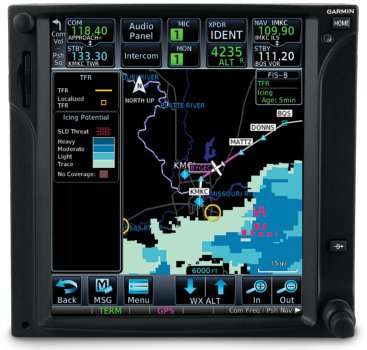 Garmin is pleased to announce several new enhancements and the addition of new features within the GTN 650/750 series touchscreen navigators. With new software (version 6.62) and a compatible ADS-B “In” receiver, pilots can now view new FIS-B weather products on the GTN. Also, when the GTN 650/750 is paired with a G3X Touch™ flight display in experimental/amateur-built aircraft, pilots now have the option to edit VFR flight plan information from the G3X Touch. These features and more are now available with GTN software version 6.62. 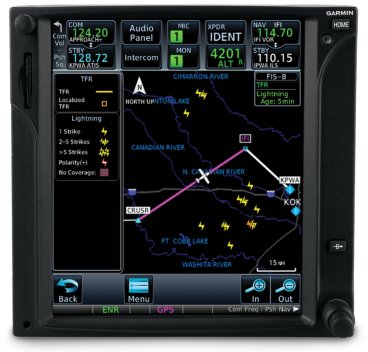 When paired with a compatible ADS-B “In” product such as GTX 345™ or GDL® 88, pilots can now access the latest FIS-B weather products (where available) on the moving map alongside flight plan information and dedicated weather pages within GTN 650/750. These new weather products include lightning, cloud tops, turbulence, icing (forecast potential), graphical AIRMETs (G-AIRMET) and center weather advisories (CWA). This adds to the growing number of Garmin products that already support these new weather products, including Garmin Pilot™ on Apple® mobile devices, G3X Touch and the aera 660® aviation portable.

Pilots who have a GTN 650/750 installed alongside a G3X Touch flight display in an experimental/amateur-built aircraft now have additional flight planning and editing options. VFR flight plans can now be completed on the G3X Touch display, and then automatically synced to the GTN navigator for added convenience when using either the G3X Touch or GTN. 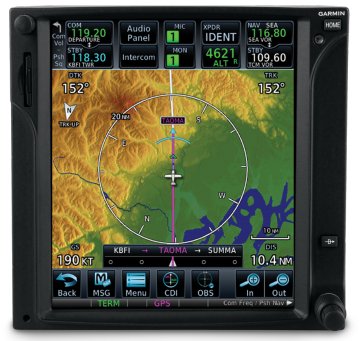